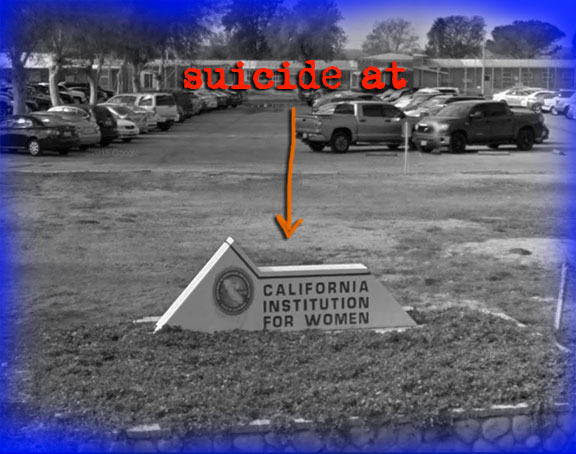 On November 10, 56-year-old Bong Chavez reportedly committed suicide in the mental health unit of the California Institution for Woman (CIW).

CIW has experienced a high number of suicides (7), and suicide attempts (73), since 2013. In fact, the facility has the highest suicide rate among all 34 prisons—five times the state average.

Bong Chavez, a Korean immigrant reportedly suffering from mental illness and a brain tumor, was sentenced to 12 years behind bars for voluntary manslaughter, after she stabbed her daughter, Quesi Chavez, to death.

According to witnesses within the prison, Chavez had been asking for more mental health services for two weeks before killing herself. Chavez also reportedly told a prison guard that she was suicidal the night she died.

The witnesses say the guards responded by sticking Chavez in an office to “calm down” for 45 minutes, then put her back in her cell. Once back in her cell, Chavez hung herself from the ceiling vent.

Chavez’s cellmate found the woman hanging and repeatedly screamed for help, as did inmates held in cells across from Chavez’s. Guards reportedly did not respond for 10 minutes, and then took another 8 minutes to come back with scissors. The correctional officer who cut Chavez down did not support her body as he did so. Instead, “they let her drop like she was nothing,” said an inmate across the hall named Elaine Leeon. “There was a pool of blood on the floor.” Chavez’s head reportedly cracked open upon impact with the ground.

“Make no mistake, CIW is directly responsible for Ms. Chavez’s death,” said Colby Lenz, an advocate at the California Coalition for Women Prisoners. “People are committing suicide because of the inhumane conditions at CIW, including forcing people into solitary confinement when they are the most vulnerable. Guards are indifferent to these deaths and blatantly refuse to follow CIW’s suicide prevention policy, with no repercussions.”

Back in April, 35-year-old Erika Rocha committed suicide in the mental health unit at CIW, just one day before a scheduled parole hearing. Rocha, like Chavez, hung herself from the vent in her cell.

In June, one month after Rocha’s death, 27-year-old Shaylene Graves was found hanging, with just six weeks left to go on an 8-year sentence. The San Bernardino Sheriff’s Department said Graves’ death was a suicide, but the young woman’s loved ones are challenging that conclusion.

“We as families can never get timely and accurate information about what happened to our loved ones who died in custody,” said Shaylene Graves’ mother, Sheri Graves. “We demand full transparency and full accountability.”

Concerned by the flood of deaths at CIW, California Senator Connie M. Leyva (D-Chino) started pushing for an investigation into suicides in the troubled prison.
In August, Leyva announced that the Joint Legislative Audit Committee would examine suicide prevention and reduction policies, procedures and practices at state prisons across California.

While the results have not yet been released, the audit is expected to include evaluations of the following issues:

– Uniformity of policies and procedures implementation across CDCR

– Availability, access and use of mental health care services for and by inmates

– Medical treatment and housing options for suicidal inmates at CIW

LA Weekly’s Hillel Aron (who has been doing an excellent job reporting on the recent deaths at CIW) has more on the story.

One of the many free services Homeboy offers is tattoo removal.

Burton first took photos of 27 men and women, then spent hundreds of hours digitally removing their tattoos via photoshop. Burton videotaped the revealing of the final photos, which proved emotional for the photographer’s subjects, many of whom hadn’t seen themselves tattoo free since they were young teenagers. On KPCC’s Take Two, A. Martinez interviewed one of the men Burton photographed, Francisco Flores, who wants to be known as a good father to his five children, rather than the gang member he used to be. (We’ve included some of the must-see videos here, including one of Flores’ reveal, but you can watch the rest of the videos on Youtube—here.)

On Wednesday, the Los Angeles City Council approved an ordinance barring employers from asking job seekers about their criminal background, at least in the first stages of the interview process.

The council approved the the ordinance 12-1 with Councilman Mitch Englander dissenting. The measure will have to go through a second vote because it was not unanimous, but the second vote only has to have majority approval to pass.

The ordinance will get rid of questions about criminal history from job applications for both public and private employers with more than 10 employees, as well as contractors within the city.

City News Service has more on the decision and what it means.