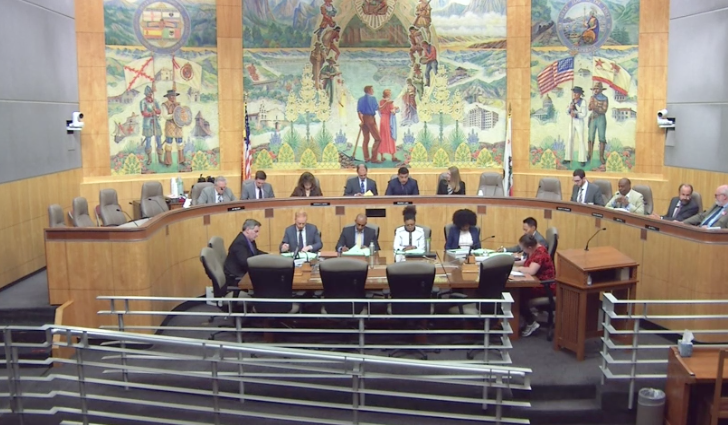 Between Thursday and Friday (today), State legislators in fiscal committees will have decided the fate of 800 bills that had been placed on suspense.

Lawmakers use the suspense file process to meet and decide behind closed doors which bills will move forward and which will be dumped. (The Sacramento Bee’s Dan Walters explains that beyond trimming the number of bills reaching the two floors, the practice keeps lawmakers “from having to cast votes that could be politically difficult” and hinders public scrutiny.)

We’ll have a rundown on the criminal and juvenile justice bills that survived the suspense file gauntlet—and those that didn’t—early next week. For now, here are the non-suspense bills we’ve been tracking that have landed on the Senate and Assembly floors in the last weeks:

SB 180, which seeks to combat jail overcrowding by doing away with a three-year sentence enhancement for a repeat non-violent drug offense passed out of the Senate and was read in Assembly for the first time on May 16. The outcomes of sentence enhancements can be catastrophic. These enhancements can turn a sentence of a few years into one of multiple decades, and disproportionately affect poor and minority people. The ACLU and the California Public Defender’s Association are sponsoring the bill introduced by Senators Holly Mitchell (D-Los Angeles) and Ricardo Lara (D-Bell Gardens).

Last week, the Senate passed a related bill, SB 620, would loosen a currently mandatory sentence enhancement of 10 years (or more) for people who use guns in the commission of a felony. The bill, introduced by Senator Steven Bradford (D-Gardena) would give judges the power to decide whether to impose the enhancement.

Another bill from Mitchell and Lara, SB 439, would ensure that children under the age of 12 are excluded from prosecution in juvenile court. The Senate approved the bill, and sent it to the Assembly.

Another bill that made it through the Senate and into the Assembly, SB 607, would end out-of-school suspensions for willful defiance—a harmful catchall term for most anything that can pass as disruptive behavior, and is used disproportionately on students of color. “There’s growing understanding that suspensions don’t improve behavior rather they sentence students to failure,” said Senator Nancy Skinner (D-Oakland), the bill’s author. “SB 607 recognizes our job is to keep kids in school and help them succeed.”