I am a fourth-year social studies teacher at a Division of Juvenile Justice (DJJ) facility located in northern California, N.A. Chaderjian—or Chad, as it is commonly known. I worked at DJJ for three-and-a-half years before learning that there is no independent entity that keeps an eye on the educational system in our state’s youth detention facilities.

This is the problem. The Office of Inspector General (OIG) provides oversight for California’s prison system. But the OIG has no investigative jurisdiction over any of the educational programs in our juvenile state lock-ups.

This means that DJJ is the only state-funded public institution that offers educational services to minors but does not have an independent school board, even though they operate their own school district, California Education Authority (CEA). Instead, any and all oversight, including investigations of abuse, or probes of other issues large and small, are conducted internally—obvious conflict of interest notwithstanding. 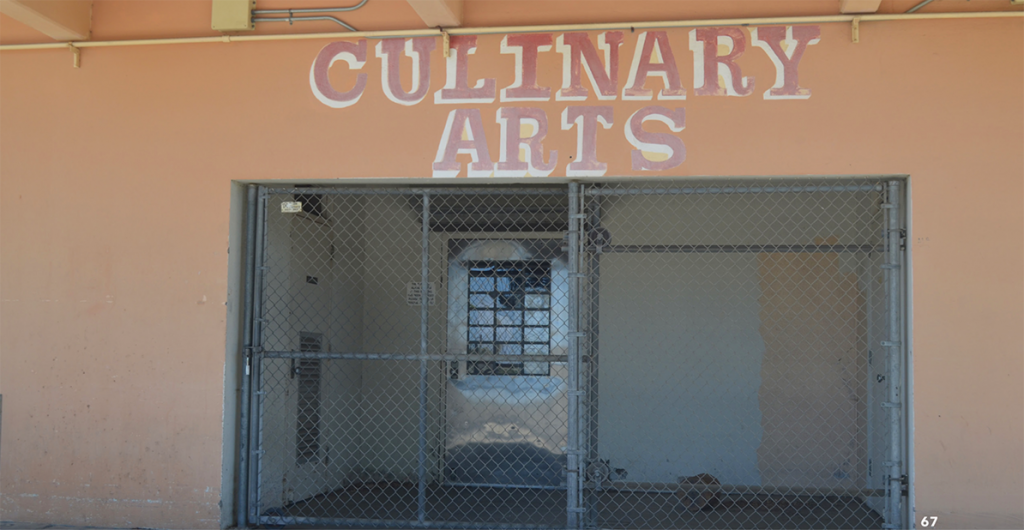 A vocational education classroom at Ventura DJJ facility, courtesy of the Center on Juvenile and Criminal Justice

I bring this up because, according to our new governor, California’s approach to youth justice is on the brink of fundamental change.

“If we’re going to get serious about changing the trajectory of the lives of these young children,” Governor Gavin Newsom said on January 22, 2019, according to the Associated Press. “I think we need to do it through a different lens and not the traditional corrections lens.”

Newsom made these remarks as he announced his intention to transfer DJJ from its present home as part of the California Department of Corrections and Rehabilitation (CDCR)—in other words, the state’s prison system—to a new home under the supervision of California’s Department of Health and Human Services (DHHS), a proposed move that has been highly praised by youth justice advocates.

Coincidentally, a few days earlier when former Governor Jerry Brown was a guest on Ear Hustle, the popular podcast birthed inside San Quentin State Prison, Brown opined at length on the matter of correctional reform.

“Prisons are very isolated, very separated,” Brown said. “I think it’s good if you can pull back the veil of secrecy and let people in on what the reality is of actually being locked up.” 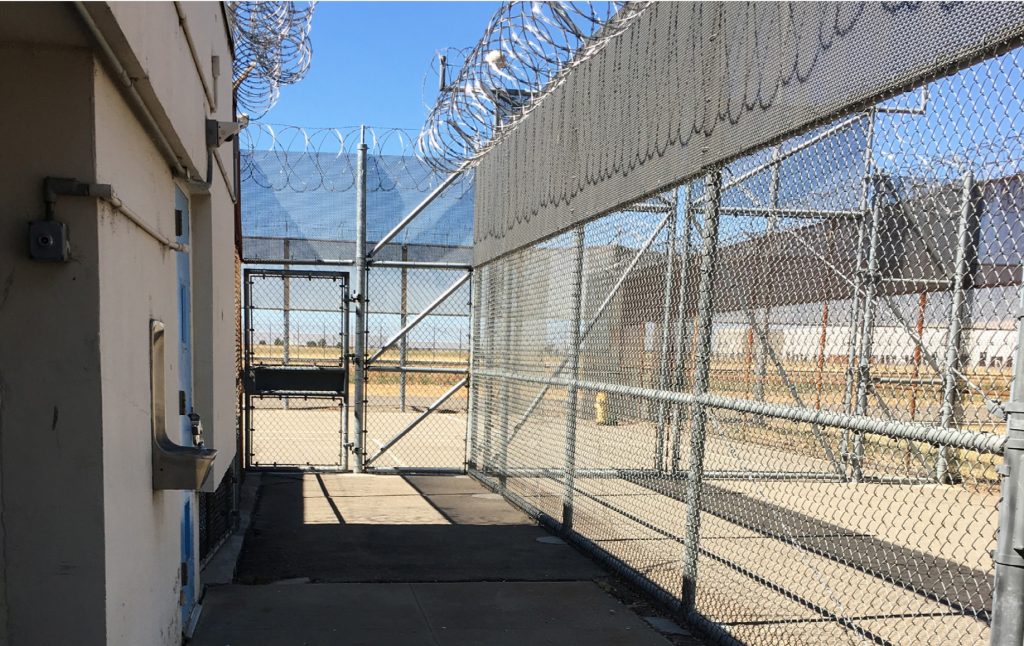 Fenced area outside a Chad living unit, courtesy of the Center on Juvenile and Criminal Justice

Now that Brown’s successor, Governor Newsom, appears to want to lead the way in “changing the trajectory” of California’s juvenile incarceration practices, he must first roll up his sleeves and initiate a transparent and rigorous diagnosis of the considerable dysfunctions that currently plague DJJ, including the problems with its oversight-free educational system.

Some of the problems are depressingly ordinary.

For example, where I work at Chad, the rhythm of the students’ school day—and school week—is regularly disrupted by the practice of canceling classes regularly and repeatedly.

This occurs for a variety of reasons.  The most common is a shortage of substitutes.

This means if a teacher is ill, or has a personal emergency, or just needs to go to the dentist, the students in his or her class are returned to their cells without a chance to work towards their credits, or simply learn something new.

Still, we can’t manage to design an educational system that includes access to an adequate number of substitute teachers. Based on my admittedly inexact personal observation, Chad cancels well over 150 individual classes per school year (this does not include other DJJ facilities). Oh, and our top-heavy system has five or six credentialed administrators and support staff on the compound who are qualified and available to step in to cover classes in a last-minute pinch. But they never do. 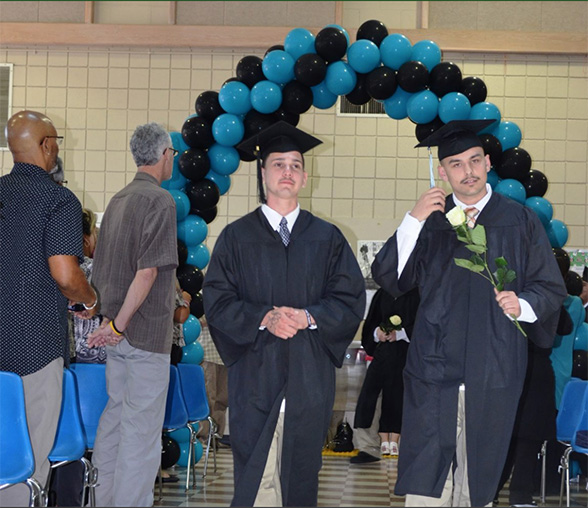 In addition, it is not uncommon for central office administrators to exacerbate the situation by scheduling professional development (PD) trainings on days that will force the school to cancel from 15 to 30 classes to accommodate the training.

This means, again, our students are forced to return to their cells without their education, and usually without the substitution of any other constructive activity.

Another form of managerial dysfunction that we pass along unjustly to our students, is the practice of vanishing credits. Within the past year, DJJ has suddenly embraced an astonishingly counter-productive educational policy known as “Dead Credits.”

Here’s how it works: In a traditional high school, there is an all or nothing credit system in place for the semester. For example, if a student transfers schools in the middle of the semester, the departing school does not assign a final grade or credits proportional to the time spent during the partial semester. Instead, the old school sends evaluations and informal grades, for say, the student’s work in his or her English, math, and history classes, for the new school to consider when giving final semester grades—as if the student had been at the second school for the entire semester. In other words, none of the student’s work or time is lost.

In a detention school setting, things are a little different. Due to the fact that students can be moved at a moment’s notice to a different facility, division, or an entirely different system (county to state), they can earn partial credits, which they take with them. For example, if a student is incarcerated and awaiting trial, he or she can earn two, three or more of the total US History credits mandated for graduation-– depending on the length of time and work completed at the temporary facility—all of which follows the student to the next location.

At least that’s the way it worked in the past at DJJ schools until the academic year 2018-2019, which is when, in an attempt to mirror the appearance of traditional public schools rather than the functional reality, DJJ created a system of dead credits.

Prior to the Dead Credit policy, if a student completed the work to receive five U.S. History credits but only needed three to graduate, the two surplus credits would count toward electives.

Not anymore. With the “Dead Credit” system, those two extra credits that the youth has honestly earned are rendered…well…dead.  In other words, worthless.

Apart from the perverse psychological implications this strategy has for kids who may never have seen themselves as good students in the past, the new credit-killing system can produce another kind of very tangible loss.

By not receiving all of their completed credits, students may be unable to qualify for what are called Milestone Credits, which count towards early release. Milestone is the name given to the merit system that encourages incarcerated youth to go along with their program in a productive manner and, in exchange, they can earn early release time. One of the ways students qualify for Milestone Credits is by completing classes and graduating.

Now imagine the response of the average school PTA board in any district, in any county in the state, if a school had an equivalent policy of credit spiking because it made the math easier for the grown-ups.

An example of how DJJ papers over its questionable actions was brought to my attention by some of my students who complained to me and each other about the “DJJ lady who testified at my hearing and told the judge and my mom that DJJ has a lot of trade and vocational programs to help me rehabilitate.” According to the youth, in some cases, the county judges themselves reportedly reassured the youth and their parents that DJJ has great programming opportunities.

This would be fine if it was true. And, as it happens, Chad does have two quality programs that have not been impacted by the dysfunction that plagues DJJ.  Unfortunately, those programs are severely restricted by limited availability.

The first of these is a construction program provided by CALPIA (California Prison Industry Authority). That’s the good news. The bad news is it only hires an average of 7 to 10 youth per group. On any given day, we have fifty to seventy high school graduates, many of whom express the desire to partake in meaningful rehabilitative programs, such as CALPIA.

The second valuable training is offered by Free Venture, an independent onsite, computer-refurbishing program that employs only 5-7 young men at a time.

But once a teen gets his high school diploma, there are no such vocational or trade courses on offer. Yes, students who have graduated are permitted– even encouraged– to enroll in these high school vocational courses.

In other words, graduates are not encouraged to move forward to a new educational level, or program tailored for those with a diploma. If they want more knowledge, skill, and experience, they must move backward.

DJJ has not always been so short on vocational and/or trade course offerings.

Several senior staff members have described a time when Chad offered many such courses. Unfortunately, those classes were closed leaving behind dusty machines and over-filled tool sheds.

According to a veteran security staff member, Chad’s once-sought-after auto shop class was closed after a youth was severely hurt by his peers during a particular class, having nothing to do with the specifics of auto shop. But rather than address the underlying problem of violence at the facility, the higher-ups made the surface gesture of closing the program.

I hear from some of my Chad teacher colleagues that they won’t push back against these and other counter-productive policies. But they are fearful of retaliation, should they make suggestions or try to whistle blow. And, of course, if we are retaliated against, we have no independent oversight board we can turn to.

These practices I’ve described, and others, cannot help but have a destructive effect on youth whom the state claims to want to help heal and rehabilitate. The message such policies communicate is that the youths and their education don’t really matter. Thus, it should be no surprise that the recidivism rate and general outcomes for teens after leaving DJJ are lousy.

Bottom line; before real reform can take place, we need an honest and detailed diagnosis of the ways our existing system is failing California’s teens and young adults who wind up in the state’s juvenile justice system—including its educational system.

And without an independent investigative authority, the DJJ lacks the checks and balances sorely needed to protect the vulnerable population of teens and young adults in the state’s care.

Photo of the entrance to the shared site of DJJ’s secluded O.H. Close and Chad facilities courtesy of the Center on Juvenile and Criminal Justice, from their thorough and disturbing February 2019 report on DJJ.