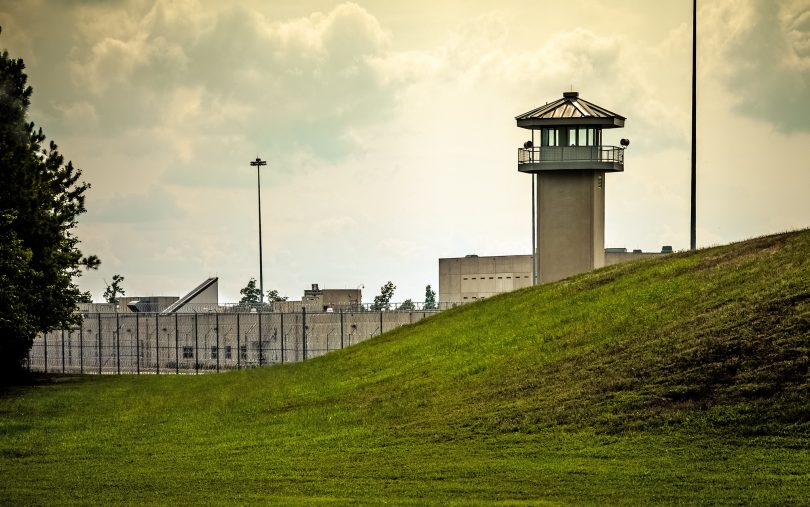 On Wednesday, the Laura and John Arnold Foundation, through its Arnold Ventures company, announced $17 million in funding to further reduce the nation’s 1.5 million-person prison population, as well as to boost prison data collection and research, to “reorient prison cultures,” to improve prison conditions for those inside, and to improve reentry services for people exiting the prison system.

In the United States, where nearly 25 percent of the world’s incarcerated people are held, one in two adults has experienced the incarceration of an immediate family member.

The nation’s sprawling prison system is one of the most unaccountable, most understudied, and least understood institutions in the nation, according to Arnold Ventures–problems that must be addressed in order to continue the national reform movement with expediency and efficiency.

“We have a moral, political, and fiscal responsibility to fundamentally change our country’s approach to incarceration,” said Jeremy Travis, Executive Vice President of Criminal Justice at Arnold Ventures. “Thanks to significant efforts over decades by advocates, researchers, and practitioners, systematic change has never felt more within reach.”

A total of $10 million will go to the Urban Institute‘s Prison Research and Innovation Initiative. The other $7 million will fund the Vera Institute of Justice’s Reimagining Prison initiative.

The Urban Institute’s five-year initiative will offer aid to four states seeking to improve and model “transparency, accountability, and innovation” and to pilot evidence-based programs and protocol changes in one prison per state. Each state will team up with a university to conduct research and data gathering.

The team will survey both incarcerated individuals and prison workers to better understand and measure “the experience of living and working in a prison.” The project aims to identify new and useful metrics that can be compared across state lines, between the four prisons. The research team will compare policies between the four facilities with a focus on areas that could benefit from reform. Areas the team might investigate include “how good time is calculated and earned, how parole board release decisions could be informed by better access to program participation data, and how data on age and health status might inform changes in compassionate release policies,” according to Urban Institute.

“This initiative will shine a much-needed light on the profound impact conditions of confinement have on the ability to support rehabilitation behind bars,” said Nancy La Vigne, Vice President of Justice Policy at the Urban Institute. “By bringing new data and evidence to bear, we can instill transparency and accountability in the prison sector and promote the well-being of all who live and work there.”

The project will include the creation of a new national advisory board made up of criminal justice experts, including formerly incarcerated individuals, and will convene a series of roundtables to “establish a research agenda on prisons, engage in outreach to advocacy and litigation partners in the prison reform space, and develop a robust dissemination plan to elevate the experiences, lessons learned, and impacts achieved by participating sites.”

With its share of the pot, Vera will expand its Restoring Promise project (in partnership with MILPA), opening three “radically reimagined” housing units in three state facilities, each of which will undergo comprehensive data collection and analysis. Vera’s earlier work on this initiative has birthed a housing unit for youths between the ages of 18 and 25 in a Connecticut prison. The unit, T.R.U.E. (Truthfulness, Respectfulness, Understanding, Elevating), offers a therapeutic and mentorship-focused form of incarceration modeled after forward-thinking German prisons. (The promising TRUE housing unit was recently featured on “60 Minutes.”)

“Our country has a long and fraught history of racial oppression that has allowed our prisons to become warehouses of dehumanization, and as a result, we’ve lost generations of men and women—particularly young men of color—to the brutality of incarceration,” Nicholas Turner, President of Vera Institute of Justice, said. “This is a uniquely American tragedy, and one that all Americans should care about. Disrupting the nation’s reliance on incarceration, said Turner, “is difficult and necessary, but most importantly, it is also possible.”