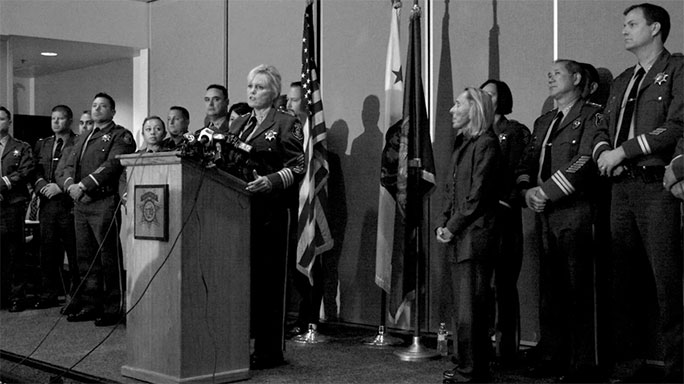 Santa Clara County has agreed to pay a $3.6 million settlement to the family of 31-year-old Michael Tyree, a mentally ill and homeless inmate who was found dead in his cell last year, naked and covered in vomit and feces, with blunt force trauma injuries.

Tyree was being held on misdemeanor drug and theft charges, and was awaiting transfer to a residential mental health treatment facility before he was beaten to death.

Three Santa Clara County deputies—Matthew Farris, Rafael Rodriguez, and Jereh Lubrin— were charged with Tyree’s murder. On the night of August 26, 2015, the three deputies allegedly fatally beat Tyree during a search of inmates’ cells. Several inmates reported hearing Tyree screaming and pleading with the officers to stop. According to the coroner’s report, Tyree “bled to death internally.”

The $3.6 million wrongful death settlement will go to Tyree’s two sisters and his 7-year-old daughter. The Associated Press’ Don Thompson has more on the settlement.

Santa Clara Sheriff Laurie Smith said the officers’ actions were “violent and cowardly,” during a press conference last year. “The disappointment and disgust I feel cannot be overstated,” Smith said.

A blue ribbon panel was formed after the three guards were arrested and charged. In February, the panel released a report on conditions within Santa Clara County jails that revealed numerous allegations of misconduct and other major systemic problems.
Researchers interviewed 944 jail inmates—27% of the total population—who said officers used excessive force against the inmates, even when there was no threat and were generally not held accountable for their misdeeds.