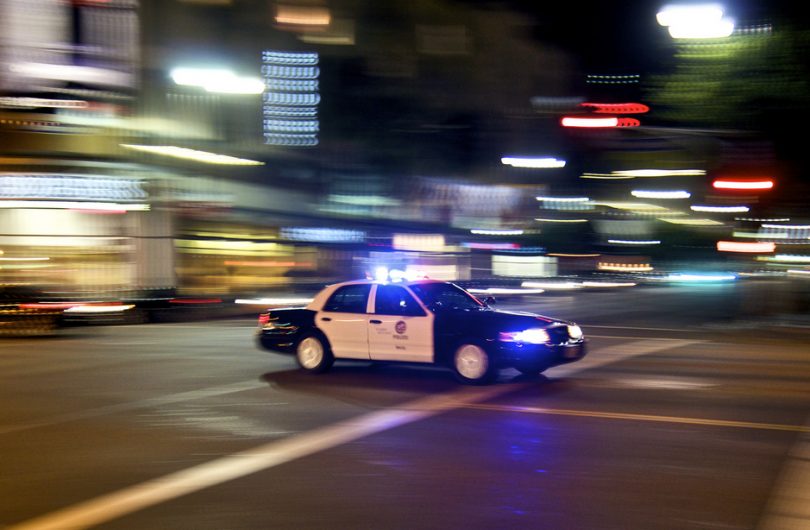 Four noteworthy California bills focused on reducing police misconduct and holding law enforcement officers, officials, and agencies accountable to the public are currently in the Senate and Assembly Public Safety Committees, awaiting decisions (and in some cases, amendments).

One of those bills, SB 2, by Sen. Steven Bradford (D-Gardena), would grant CA justice officials the power to decertify law enforcement officers fired for misconduct or convicted of certain crimes “against public justice,” including falsification of records, bribery, or perjury. In this way, the bill would stop those fired officers from being able to jump to a new city and a new job in law enforcement.

California is just one of five states that do not have a decertification system in place.

A related bill, AB 718, by Asm. Jordan Cunningham (R-Santa Barbara) would require law enforcement agencies to complete investigations into police misconduct and questionable uses-of-force even after an involved officer has resigned. It would also require a police agency to share the investigation’s findings with another law enforcement agency if the person in question applies to work as an officer in a different region.

Another bill seeks to reduce police misconduct further upstream — by tightening requirements at the point of recruitment.

Asm. Reggie Jones-Sawyer’s AB 89, would require law enforcement recruits to either be 25 years old — 7 years older than the current minimum age of 18 — or to have at least a bachelor’s degree.

A second Jones-Sawyer bill, AB 750 — also currently in the Assembly’s Public Safety Committee — aims to hold police officers accountable when they make false reports by closing a legal loophole through which officers can get away with lying.

“Current law provides an opportunity for one officer to make a false statement in a police report and evade criminal charges by having a second officer write and file the report for them,” said Asm. Jones-Sawyer.

In this way, an officer could tell a colleague who did not witness an encounter to write something like, “the suspect hit the officer,” even if that action did not occur, according to Jones’s office. “If the report-writing deputy did not see whether the first officer was hit, and the deputy simply writes what the first officer said into their report, the first officer would escape criminal charges” by having his or her partner write and file the required report.

The bill was authored with an Orange County Sheriff’s Department scandal in mind. Last year, an investigation by the OC District Attorney’s Office found that officers were falsely stating that evidence had been booked when it had not. The officers who were supposed to have booked the evidence got away with the lies by having other officers write the reports.

“As Chair of the Assembly Public Safety Committee, it is imperative we ensure officer accountability for their false statements,” Jones-Sawyer said, “especially when those false statements can determine individuals’ experiences with the criminal justice system.”

One important law enforcement-accountability-related bill has already made it out of its first public safety committee in a 4-1 vote, and has gone on to the next legislative committees.

The bill, SB 271, would reverse a 1989 law that restricted the candidate pool for sheriffs, allowing only law enforcement officers to run. That law was enacted in response to a non-officer being elected sheriff in San Francisco.

From 1850 to 1989, however, any registered voter could run for sheriff of their home county.

“County sheriff is one of the most powerful positions in California, and people who hold this office should be accountable to their constituents,” said the bill’s author Sen. Scott Wiener (D-San Francisco). “We’ve seen Sheriffs in various parts of the state refuse to implement public health orders, mismanage county jails, and cooperate with ICE even though California is a sanctuary state.” Wiener’s bill would roll back the 1989 law, in the name of diversity and law enforcement accountability.

“This bill embraces the ideal of electing Sheriffs who come from diverse backgrounds, communities, and law enforcement perspectives by expanding the universe of people who may seek the office – whether they be former public defenders, judges, progressive prosecutors, or civic leaders,” said Ken Spence of NextGen California, one of the bill’s co-sponsors.

“As we remember Breonna Taylor, George Floyd and other victims of police violence,” Spence said,
the need for bills like this, that support the critical work of reimagining policing in our state, is self-evident. Therefore, we are proud to co-sponsor The Sheriff Democracy and Diversity Act, and are pleased the Assembly Public Safety Committee voted to move this bill forward today.”