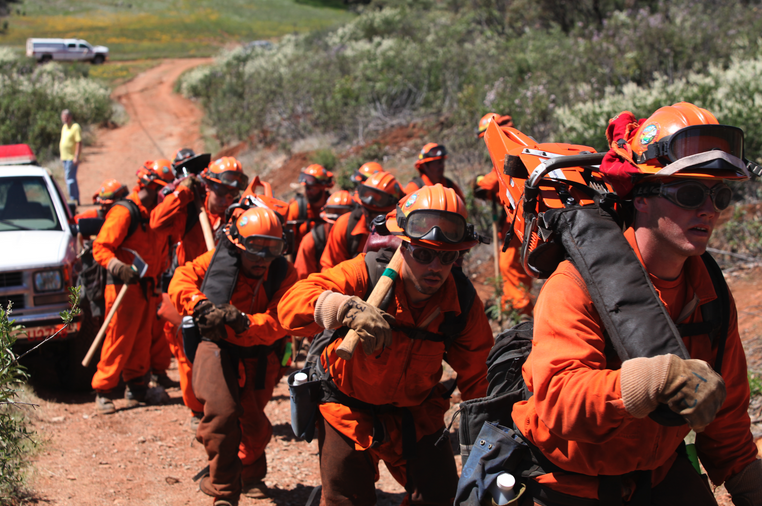 A new California bill aims to make it possible for formerly incarcerated individuals, thousands of whom have served on inmate firefighting crews, to become professional firefighters upon their release from prison.

California’s inmate conservation camp program saves the state millions of dollars each year, since the state’s approximately 2,600 incarcerated firefighters are paid approximately $2 a day (and another $1 when they’re fighting fires). Only people convicted of low-level offenses are eligible for the program.

Despite their training and on-the-job experience, once released, program participants’ convictions are often precluded from working as professional firefighters in their communities.

Last year, then-Governor Jerry Brown approved AB 579, which required the CA Division of Apprenticeship Standards to develop a firefighter pre-apprenticeship program focused on recruiting future firefighters from groups that are underrepresented in the field of firefighting.

This year’s bill, AB 1211, authored by Assemblymember Eloise Reyes, would declare the CA legislature’s intent to enact legislation to develop a route for formerly incarcerated individuals “who have demonstrated substantial rehabilitation” to become firefighters.

Still, the state legislature has been unable to pass legislation that outright bans agencies from denying firefighting work to people with criminal convictions. Reyes’s 2019 bill takes a softer approach to the issue.

Former Governor Brown, too, took steps to improve firefighting job prospects for formerly incarcerated people who volunteered at the state’s fire camps while locked up.

Last year, Brown set aside money to launch a training center in Ventura County where 80 people at a time can receive Firefighter 1 training and certification.

Photo via California Department of Corrections and Rehabilitation