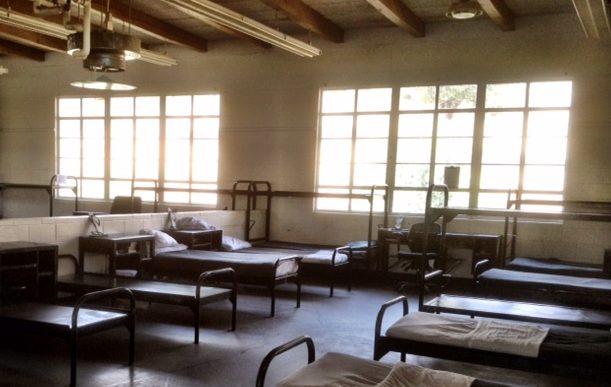 Supporters of the juvenile justice status quo wrongly claim that community-based organizations are not yet strong enough to serve all youth who may otherwise cycle through juvenile courts, detention centers and on and off parole rosters. Ideally, opponents to reform say, youth would be served by nonprofits close to home, but that cannot happen until enough suitable nonprofits are available. This line of thinking ignores the community-based direct services already offered in many areas, from life coaching in Oakland to legal support in Los Angeles. Failing to adequately support these existing community services keeps us stuck in a cycle of waiting.

Instead of waiting for community-based organizations to grow above and beyond their present capacities, how about we actually do the work required for their growth?

In California, the Juvenile Justice Crime Prevention Act began in 2000 to provide counties with flexible grant funding for community-based youth services, with the overall goal of reducing youth involvement in the juvenile justice system. Since that act’s implementation, counties have generally received more than $100 million each year toward meeting its mandates. In the 2019-20 fiscal year, the allotment amounted to a whopping $167 million. Nevertheless, these mounting funds have primarily been used to fund law enforcement, specifically probation departments, with comparatively little spent on community-based organizations.

The “P” in the California initiative stands for prevention, not probation and not punishment. Despite the funds’ intended purpose, Fresno County, as one of several similar examples, reported spending more than 96% of its 2018-19 prevention act allocation to pay probation officers and school resource officers. In the same period, Modoc and Sierra counties used 72% and 23% of their dollars, respectively, to send youth to juvenile detention halls in other counties.

Fresno, Modoc and Sierra counties’ spending patterns were not anomalies. Based on each county’s annual report to the California Board of State and Community Corrections, 28 out of 58 counties used over 80% of their allocated 2018-19 juvenile crime prevention funds for salaries and benefits for county employees, and mainly for probation officers and other law enforcement. On the other hand, 43 out of 58 counties gave less than 20% of their funding to community organizations.

The tally of youths referred to California’s juvenile probation agencies declined by 66% between 2006 and 2018. Although the number of youth involved in the justice system has continued to decrease, funding for probation departments has steadily increased. Despite a range of additional funding sources for probation activity, including the Youthful Offender Block Grant and Juvenile Probation Activities funding, most counties squander valuable Juvenile Justice Prevention Act dollars on oversized probation departments with shrinking responsibilities, leaving critical community-run programs chasing alternative sources of funding. Under the current paradigm, counties use state funding to reinforce current systems that do not need reinforcement.

Our investments yield insufficient returns whenever state funds intended to reduce justice involvement are used to prop up bloated probation departments, keeping youth stuck in the justice system without providing the necessary support to stop cycles of probation and incarceration.

The proposed PROMYSE (Promoting Youth Success and Empowerment) Act, which died in the California Senate Appropriations Committee, exemplified the need for reinvestment strategies that better support youth. Twelve organizations across the state — many led by directly impacted individuals, advocates and researchers — co-sponsored this critical legislation. Had it become law, the PROMYSE Act would have ensured counties’ grant decision-making bodies had equitable community representation and improved their reporting on whether funds were put to good use. In addition to reforming grant administration to boost accountability, the proposed legislation would have required counties to spend at least 95% of allocated funding on community-based organizations or other non-law enforcement agencies. This reform would have allowed existing state dollars to serve as a stimulus for community-based and community-building resources for youth in marginalized communities. Co-sponsors of and advocates for that legislation know the fight to fund community-based organizations is far from over.

There is ample evidence, found through lived experiences and empirical research, that multidisciplinary community-based organizations are far better at serving youth than probation departments. Probation officers are forced to wear too many hats; departments position staff to serve as youths’ case managers and mentors, while also wielding power to punish them through devastating means, including incarceration. Community-based organizations are able to maintain public safety and care for justice-involved youth precisely because they lack the power to punish — not in spite of it. Our youth probation and incarceration systems fail to separate their history of systemic retribution from their superficial claims of wanting to facilitate youths’ rehabilitation — distinctions that are essential to building trusting, empowering relationships with youth who need additional support.

Nationwide, many existing community-based organizations already provide effective care for justice-involved youth, as well as preventative services. The Center on Criminal and Juvenile Justice, for example, offers life-changing direct services to youth and adults in San Francisco.Community-basedmental health support for youth and case management while they remain under the court’s watch, help interrupt cycles of justice system involvement for hundreds of San Franciscans. Inadequate or inconsistent funding is a major hindrance to expanding and replicating services like those offered by that community organization. Increased state funding for community services would allow experts, including those with lived experience in the justice system, to serve youth closer to home, resulting in better outcomes for youth, their families and communities.

Inadequate and inconsistent funding precludes community-based organizations from maximizing their positive impact on communities. Now is the time to revamp our investments, funneling them into a new vision for youth in California and beyond. We cannot wait any longer to redirect state funds away from inefficient, ineffective supervision systems and toward sustainable community-run programs. 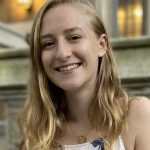 Author Emma Knight is a communications and policy intern at the Center on Juvenile and Criminal Justice (CJCJ)  in San Francisco.

This Op-Ed essay initially appeared in the Juvenile Justice Information Exchange, which covers juvenile justice and related issues nationally. JJIE is published by the Center for Sustainable Journalism (CSJ) at Kennesaw State University.