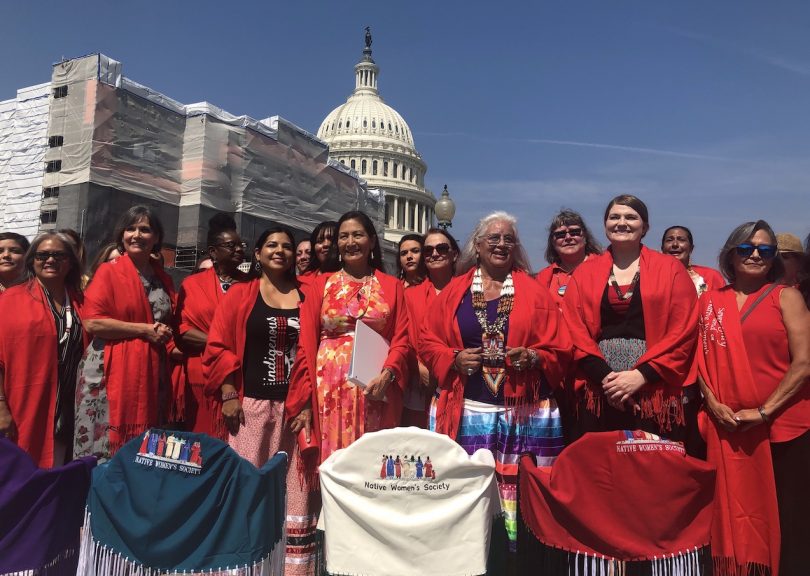 Lawmakers in the nation’s capital have an opportunity to fix a longstanding problem with the landmark legislation to prevent domestic violence: its failure to protect Indigenous women.

The 1994 Violence Against Women Act, or what is commonly called “VAWA,” was the first federal law criminalizing domestic violence. VAWA aimed to protect women by making battering a federal crime, allocating federal funding for both sexual assault and domestic violence prevention and services, and requiring states to enforce all legal orders of protection.

But VAWA’s provisions have not adequately shielded Indigenous women, who experience higher rates of sexual assault, domestic violence, intimate partner violence and stalking compared to women of other racial and ethnic identities. They also suffer injuries at the hands of their rapists that require medical care more than non-Indigenous women.

Indigenous women were not specifically named in VAWA until its 2005 reauthorization. The 2005 reauthorization included funding for tribal governments to serve victims of violence and provided access to national criminal justice data for tribal law enforcement agencies. It also mandated that research on violence against Indigenous women be undertaken.

Now, the U.S. Senate is about to consider another reauthorization of VAWA, HR 1620, which has already been passed by the House of Representatives. Lawmakers have the opportunity to address this longstanding inequity. 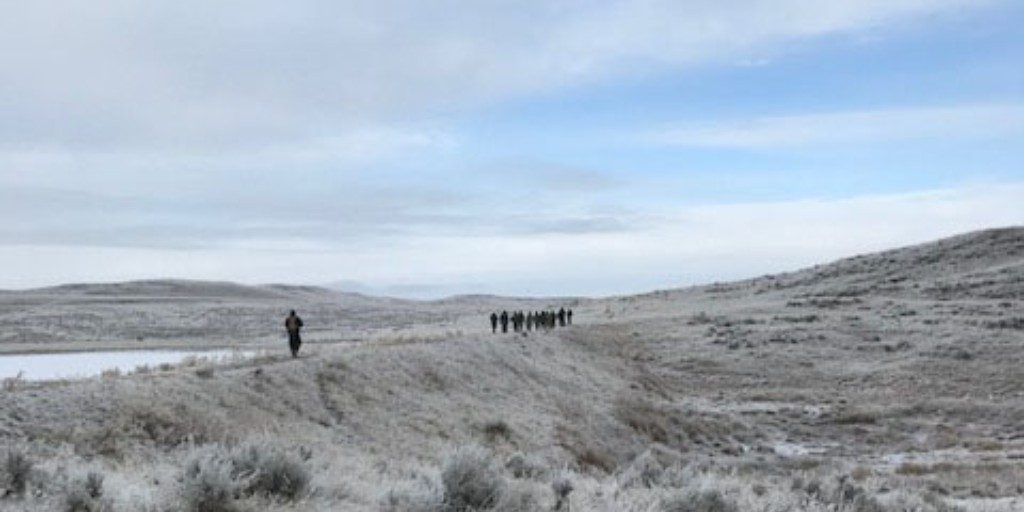 Law enforcement from the U.S. Department of the Interior participated in searches for Selena Faye Not Afraid, a 16-year-old from the Crow Tribe who went missing on January 1, 2020. Her body was found on January 20, 2020. Photo: Bureau of Indian Affairs

According to U.S. Census estimates, the majority of people living on Indian reservations are not American Indian or Alaska Native. Further, most violence perpetrated against Indigenous women is committed by non-Indigenous men.

Violence against Indigenous women can be largely attributed to the longstanding effects of colonization – the elimination and destruction of a society, including their beliefs, values, culture, norms and traditions – by European settlers.

Indigenous legal scholar Sarah Deer explains that violence, and specifically rape, was used by colonizers to conquer and control Indigenous women and disconnect them from their land and bodies.

Indigenous social work scholar Hilary Weaver further describes how colonization also bred stereotypes regarding Indigenous people, insinuating that they are less than human and savages, and that Indigenous women specifically do not deserve protection from violence.

Taking away power to protect

Over the past 150 years, the federal government has drastically reduced tribal sovereignty and the power of tribal courts to prosecute crimes that happen on Indian reservations.

In 1885, Congress passed The Major Crimes Act, imposing the federal criminal justice system on tribal nations. With this legislation, the U.S. federal government asserted jurisdiction over “major crimes” such as rape and homicide occurring on the approximately 56.2 million square miles of Indian reservations in the U.S.

Then, in 1978, the Supreme Court ruling in Oliphant v. Suquamish further limited the sovereignty of tribal nations. The U.S. government, the court ruled, would have jurisdiction over all offenses committed by non-Indigenous perpetrators on Indian reservations, including cases where the victim is Indigenous.

Thus, in those six states – Alaska, California, Minnesota, Nebraska, Oregon and Wisconsin – the state has jurisdiction over crimes committed on the Indian reservation. Sarah Deer notes that the federal government did not provide those states with any additional funding to expand their criminal justice authority to Indian reservations.

Sarah Deer, a citizen of the Muscogee (Creek) Nation and a lawyer, scholar, author and chief justice for the Prairie Island Indian Community Court of Appeals, speaks about ending violence against Native women at a 2019 Smithsonian symposium.

The complexities of these federal policies create what some scholars call a “jurisdictional maze” for Indigenous women who are victimized on Indian reservations.

Depending on where the crime happened, who the victim is, who the perpetrator is or what type of crime occurred, a different law enforcement agency assumes jurisdiction – whether tribal, local, state or federal law enforcement.

For Indigenous women who manage to navigate this maze and report a crime, the likelihood that the perpetrator will be prosecuted by the federal government is low. U.S. federal prosecutors consistently decline to prosecute much of the crime reported on Indian reservations.

The 2013 reauthorization of VAWA recognized some of these gaps in protection for Indigenous women and attempted to increase protections by strengthening tribal sovereignty.

VAWA 2013 created Special Domestic Violence Criminal Jurisdictions, or what are known as “SDVCJ,” for tribes. The SDVCJ return to tribes the power to prosecute dating violence, domestic violence and violations of protection orders, even in incidents when the perpetrator is not Indigenous.

In order to assert the powers provided by SDVCJ, tribes must meet extensive requirements set by the federal government. Tribes must have adequate facilities to house non-Indigenous defendants and provide defense counsel for poor defendants among other requirements.

As described by criminologist Jennifer Hartman, depending on the changes necessary, the process may require significant time or financial investment by the tribe. By February 2021, less than 5% of the federally recognized tribes, only 27 of 574 tribes, had exercised the SDVCJ. The National Congress of American Indians has reported that implementing the SDVCJ is just too expensive for some tribes.

The 2013 VAWA did not extend authority to tribes to prosecute sexual assault and stalking, of which Indigenous women experience disproportionate rates.

Thus, on Indian reservations, Indigenous victims of physical violence by acquaintances or strangers, and all victims of sexual assault and stalking, have little recourse other than to rely on a federal criminal justice system that has consistently failed to prosecute their attackers.

One way to remedy this longstanding problem is for the reauthorization of VAWA to expand tribal jurisdiction to cover all crimes of violence against women committed on Indian reservations, irrespective of the race or the relationship of the victim and perpetrator.

To be effective, the federal government would also need to work directly with tribes to ensure that tribes have the resources they need to assert this jurisdiction.

This change would close a significant public safety gap in the Violence Against Women Act and move VAWA closer to its aim of protecting all women from violence. 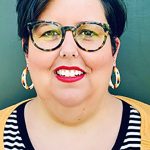 Author Sheena L. Gilbert, is a Graduate Assistant at the University of Nebraska Omaha. She is also a 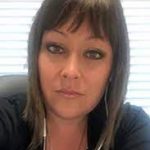 Emily Wright, Professor in the School of Criminology and Criminal Justice, University of Nebraska, Omaha

citizen of the Stockbridge Munsee tribe in Wisconsin.

Author, Emily Wright, is a Professor of Criminology and Criminal Justice at the University of Nebraska Omaha.  She is also a member of the Cherokee Nation.

Author Tara N. Richards is an Associate Professor of Criminology and Criminal Justice at the University of Nebraska Omaha.  She is the co-editor of the book, Sexual Victimization: Then and Now. 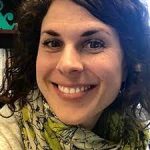 Dr. Tara N. Richards, Associate Professor in the School of Criminology and Criminal Justice (SCCJ) at the University of Nebraska, Omaha

This article was first published by The Conversation and is republished under a Creative Commons license. Be sure to check out the original article. Also, if you want to get the best of The Conversation with their line-up of articles written by academic experts, WLA recommends that you sign up for their weekly newsletter.

The photo at the top features Rep. Deb Haaland (D-New Mexico), center left, who is joined by Native women, tribal leaders, advocates, and other members of Congress at a rally for the Violence Against Women Act at the U.S. Capitol in Washington, D.C., on September 11, 2019. Photo by Indianz.Com is used under the Creative Commons license